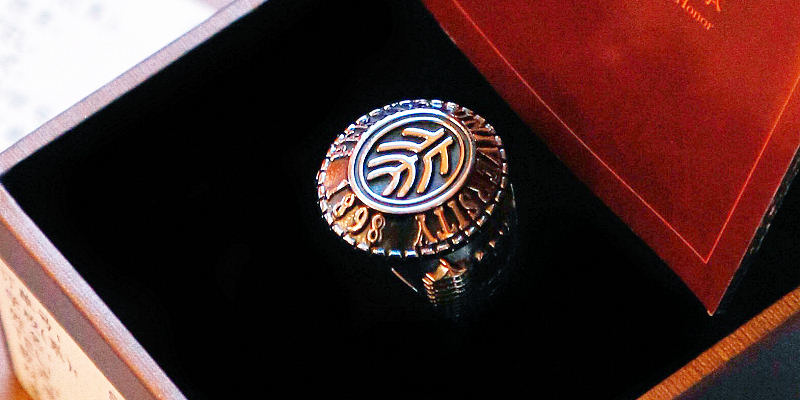 A class ring (also known as a graduate, senior ring, or grad ring) is a ring worn by students and alumni in the United States to commemorate their graduation, generally for a high school, college, or university.

The tradition of class rings originated with the class of 1835 at the United States Military Academy at West Point.

According to the Complete Book of Etiquette by Amy Vanderbilt, the ring should always be worn so that the insignia faces the wearer when his or her arm is outstretched for as long as the wearer is in school; upon graduation, the ring should be turned around so that the ring faces outward, signifying that the graduate has left school and has entered the wider world.
West Point custom however follows different rules. Until recent decades, Academy graduates wore their rings on the left hand. Prior to graduation, the USMA Class Ring is worn with the Class Crest closest to the heart signifying the bond to the class. After graduation, the ring is worn with the Academy Crest closest to the heart signifying the bond with the Academy.

Class or Graduation Ring was last modified: May 17th, 2018 by admin