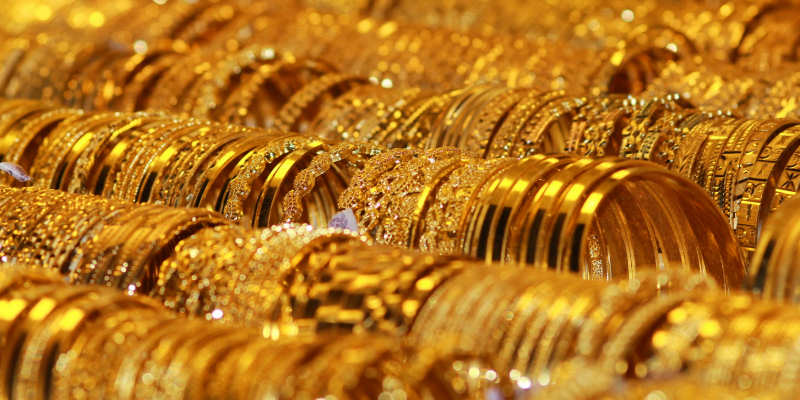 Bangles or Chudi are traditional ornaments worn by South Asian women, especially Hindus. They are worn after marriage to signify matrimony.
They are circular in shape, and, unlike bracelets, are not flexible. The word bangle is derived from Hindi bungri (glass). They are made of numerous precious as well as non-precious materials such as gold, silver, platinum, glass, wood, ferrous metals, plastic, etc.
Bangles are part of traditional Indian jewellery. They are usually worn in pairs by women, one or more on each arm. Most Indian women prefer wearing either gold or glass bangles or combination of both. Inexpensive Bangles made from plastic are slowly replacing those made by glass, but the ones made of glass are still preferred at traditional occasions such as marriages and on festivals.
The bride will try to wear as many small glass bangles as possible at her wedding; honeymoon will end when the last bangle breaks.
The designs range from simple to intricate handmade designs, often studded with precious and semi-precious stones such as diamonds, gems and pearls.
Sets of expensive bangles made of gold and silver make a jingling sound. The imitation jewellery, tend to make a tinny sound when jingled.
Some men wear a single bangle on the arm or wrist called as kada or kara. In Sikhism, the father of a Sikh bride will give the groom a gold ring, a kara (steel or iron bangle), and a mohra.
Chooda is a kind of bangle that is worn by Punjabi women on her wedding day. It is a set of white and red bangles with stone work. According to tradition a woman is not supposed to buy the bangles she will wear.

Bangles, made from shell, copper, bronze, gold, agate, chalcedony etc. have been excavated from multiple archaeological sites throughout India. A figurine of a dancing girl, wearing bangles on her left arm has been excavated from Mohenjo-daro (2600 BC). Other early examples of bangles in India include copper samples from the excavations at Mahurjhari, soon followed by the decorated bangles belonging to the Mauryan empire (322–185 BCE), and the bangle samples from the historic site of Taxila (6th century BCE). Decorated shell bangles have also been excavated from multiple Mauryan sites. Other features included copper rivets and gold-leaf inlay in some cases.

Bangles and Chudi was last modified: May 17th, 2018 by admin